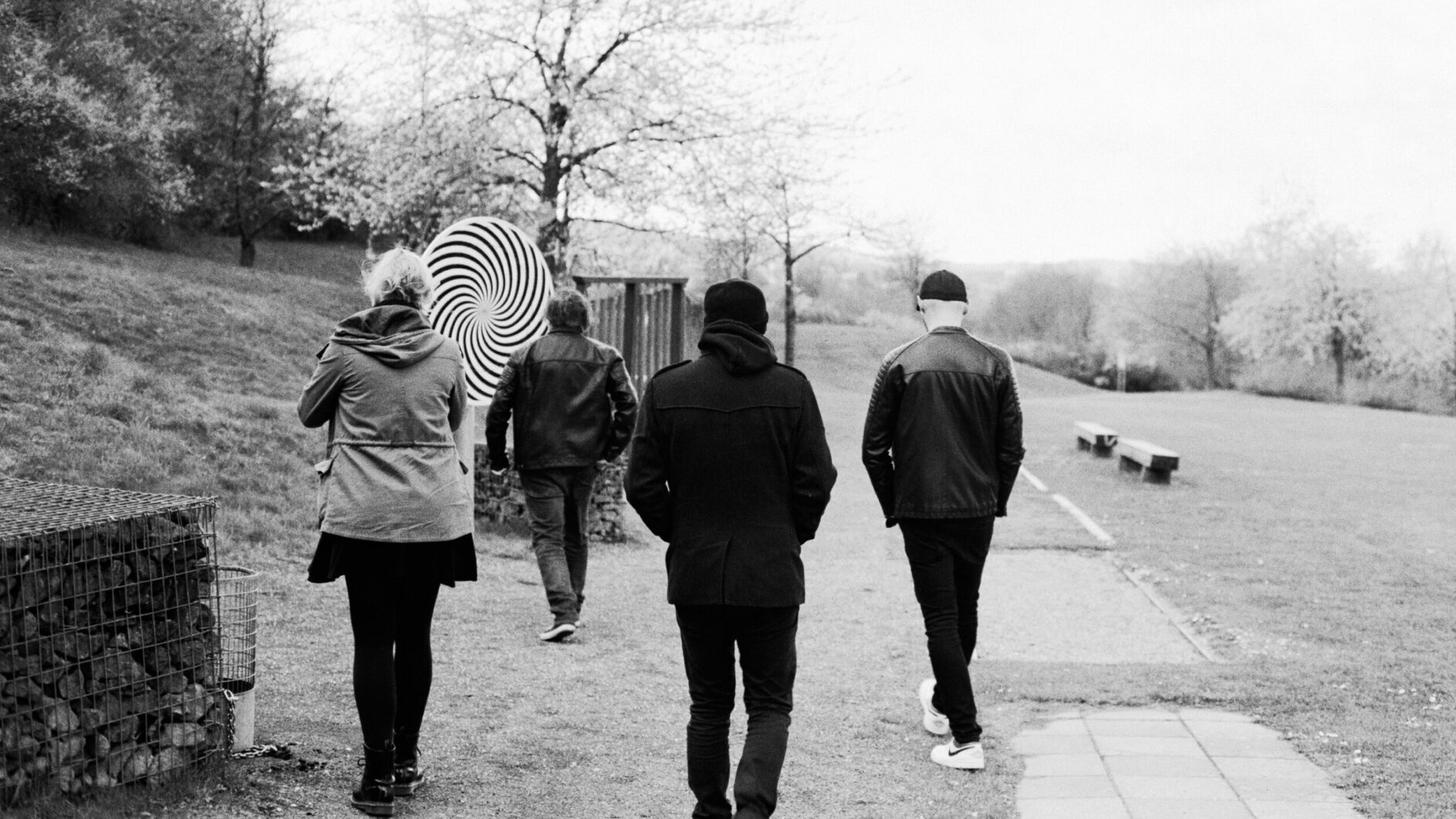 WE ARE currently putting the finishing touches on our third studio album, which will be released at the end of the year via Barhill Records. With „We Are“, now the third single release, we close the second studio album „panique automatique“ (2019). In addition to the original track, which can be found on the B-side of the „panique automatique“ LP, other artists have put the song through the remix grinder again and created six versions that could not be more exciting.

Among the remix artists is DJ Flextronic. The co-founder of the tempo90 crew started in 1998 with jungle and drum’n’bass on the turntables. In the meantime, he has specialized in dubstep and all kinds of breakbeat. Also on board is Vellocet, who has conjured up a kind of minimal dance dub. Jimi Berlin, known from Kramsky, has chosen a gloomy slowclub mix, while Andreas Becker from A Futuristic Aid presents a driving house version. It’s always wonderfully refreshing to hear what other artists listen to in a song and how they create something entirely their own from it. The remix EP will be released digitally on 02.09.2022 via Barhill Records/Cargo Records. Pre-save it now!